Sneezing in dogs is normal, but an excessive amount of sneezes in a pup can be a sign of a potentially serious condition.  Read on to learn when sneezes are normal in dogs, and when a visit to the vet is needed.

Just like people, dogs often sneeze, and the reasons can be as varied as they are for humans.  An occasional sneeze can be normal, but sneezing can be a sign of health issues such as allergies, dental disease, something stuck in the nose or even a mass in the nose or nasal cavity.

Why do dogs sneeze? 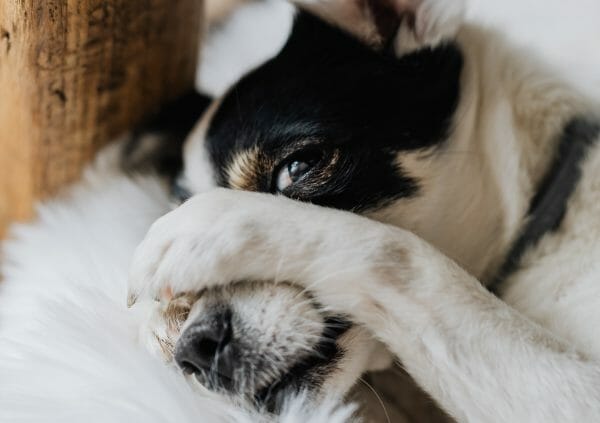 Sneezing is a normal reaction of the body to any sort of inflammation or irritation of the inside of the nose.

It can be perfectly normal for dogs to sneeze in some circumstances. Dogs might sneeze if they inhale some dust or dirt that irritates the nose. Or, they might sneeze if the normal fluid that keeps the inside of the nose moist builds up or drips down the inside of the nose like when they lay on their backs.  Sometimes, dogs even sneeze as a way to change their emotional state.

However there are a lot of medical issues which can also stimulate sneezing.

Allergic Reactions in Our Canine Companions

Allergies can cause inflammation and irritation inside the nose and lead to sneezing. Dogs can be allergic to many things in the environment like dust, grasses, trees, and pollen, common household items like cotton and wool, or even other pets!

The Common (Dog) Cold and Sneezing in Dogs

Another common cause of sneezing is an infection. Infections in the nose can be caused by viruses, fungi, or bacteria. Often they start as a mild viral infection or “dog cold”. These “colds” irritate the nose and cause congestion which leads to sneezing. The damage caused by viruses can allow bacteria to take advantage and cause more inflammation and congestion and more sneezing.

Note that at the time of this writing, current research suggests that while dogs can get the virus which causes COVID-19 in people, dogs do not seem to develop symptoms (such as sneezing) and no dogs are known to have died from the COVID-19 (or its variants).

Fungal Infections and the Sneezing Dog

Tooth Infections can Cause Sneezing in Dogs

It might sound weird, but dental disease can actually cause sneezing in dogs. The roots of the teeth are actually just below the inside of the nose and when there’s a bad tooth infection, it can end up going all the way into the nose.

Masses and Growths in the Nasal Canal and Nasal Cavity

Nasal masses or tumors inside the nose are unfortunately somewhat common in dogs and sneezing may be one of the first symptoms. Masses and tumors in the nose cause damage inside the nose which predispose to bacterial, viral, or fungal infections which then lead to more sneezing.

Masses in the nose can be benign things like polyps but unfortunately the most common are tumors and cancer like nasal lymphoma or nasal adenocarcinoma. It can be scary to think that something as seemingly innocent as sneezing can be a potential sign of cancer but carefully monitoring our dogs to help catch any changes like increased sneezing early, and get them appropriate veterinary care early gives us the best opportunity to manage tumors and any other causes of sneezing.

Inhaled Foreign Objects can Cause Sneezing in Dogs

Of course, if a dog has actually gotten something stuck in the nose like a piece of grass or wood, that would definitely cause some sneezing! Usually if this happens to a dog, they are immediately really uncomfortable, and display lots of sneezing and head shaking. Foreign objects being the cause of sneezing in dogs is actually less common than many other causes, but it’s a factor worth checking before calling the vet.

The Big Picture:  Sneezing in Dogs 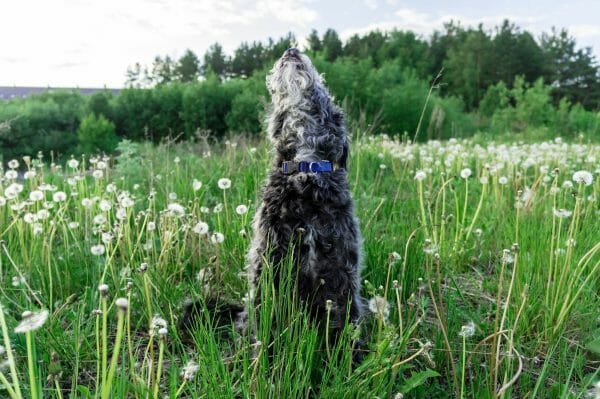 While a bacterial infection is often one of our first thoughts when we see sneezing and congestion in dogs, you now know that these infections are almost always due to some other underlying issue.

The nose is always exposed to billions of bacteria, but when the nose and nasal passage are healthy, the body’s immunity defenses keep the bad bacteria in check and there’s no infection.

It’s only when something else like allergies, viruses, fungi, or other issues like severe dental disease or a tumor damage the nose, causing the dog’s natural defenses to weaken, then the bacteria can cause an infection.

There are also some rare causes of sneezing. One of which is nasal mites! These are tiny mites inside the nose which crawl around causing a tickling sensation, which leads to sneezing. Fortunately these mites are killed by most typical flea, tick, and heartworm preventatives, so they’re rare.

There are also congenital issues, like a cleft palate, where there is an abnormal opening between the nose and the mouth which means food and water from the mouth end up in the nose which is pretty irritating and can cause sneezing.  If your dog has this rare condition, your vet might consider surgery to repair the cleft, to prevent other health concerns down the road.

What We’ve Learned about Sneezing in Dogs 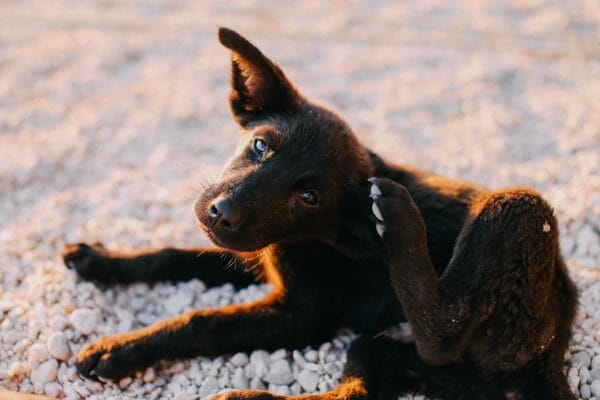 Health Issues that Commonly Cause Sneezing in Dogs

When should you be concerned that your dog’s sneezing isn’t just normal sneezing?

If you see any of the following, call your veterinarian:

If you’re concerned, even if you’re not seeing these other symptoms, never hesitate to get your dog checked by your vet. When in doubt, get it checked out!

How is Sneezing is Dogs Treated?

Since sneezing is the body’s normal response to inflammation and irritation in the nose, treating excessive or abnormal sneezing requires addressing the underlying cause.

If your dog is sneezing more than usual, a comprehensive exam by your vet can help figure out what’s going on and what can be done to treat the issue, as well as help resolve the inflammation and irritation that’s causing the sneezing. 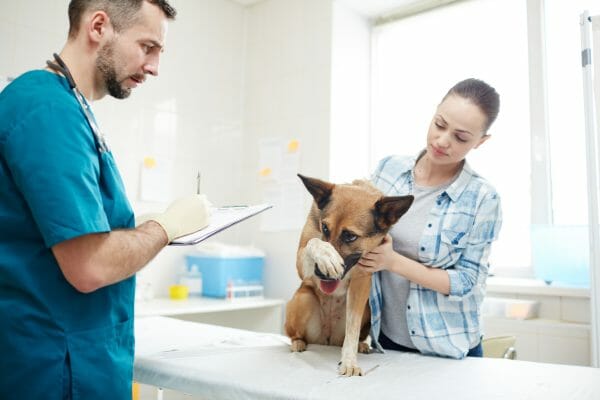 Your vet will start with a thorough physical exam and especially check the nose, face, and teeth which might reveal a cause like dental disease. However often more testing may be needed to get to the bottom of the sneezing.

Additional testing could include x-rays, a sedated exam to really check the nose and mouth, a culture of the nose to look for bacteria and fungal infections, and potentially even referral to a specialist for a CT scan, biopsy, “scoping” the nose and throat with a tiny camera, or other testing.

Treatment depends on the underlying cause.

For allergies, treatment might include antihistamines, anti-inflammatories, or other allergy medications. Your vet may also recommend things like allergy testing and immunotherapy, or limited ingredient diet trials to help treat allergies. While all these things can help, allergies are not really curable so there might be “flare ups” of irritation of the nose and sneezing periodically.

Remember that bacterial infections are almost always secondary to some underlying cause, so antibiotics might help but the true underlying cause should be identified and treated or the issue is likely to come back.

Dental disease is treated by surgically removing the infected teeth and repairing the hole that the infection created between the nose and mouth. This resolves the problem.

For nasal masses and tumors there are many treatment options including medications for swelling, bleeding, inflammation, and pain, as well as things like surgery or radiation. If your vet does find that it’s cancer there are veterinary cancer specialists (oncologists) who can help as well.

If there’s something stuck in the nose simply removing it will solve the problem!

The Bottom Line about Sneezing in Dogs

Sneezing is a normal response to irritation inside the nose and an occasional sneeze can be perfectly normal in dogs. However sneezing in dogs can be a sign of a problem so if you notice your dog sneezing a lot it’s always best to schedule a visit with your vet to see if it’s a medical issue that needs to be treated.

AKC.org: Why do Dogs Sneeze?

Dr. Aja Senestraro is a Doctor of Veterinary Medicine (DVM) based in Seattle, Washington. She is the founder and owner of Sea to Sky Holistic Vet. 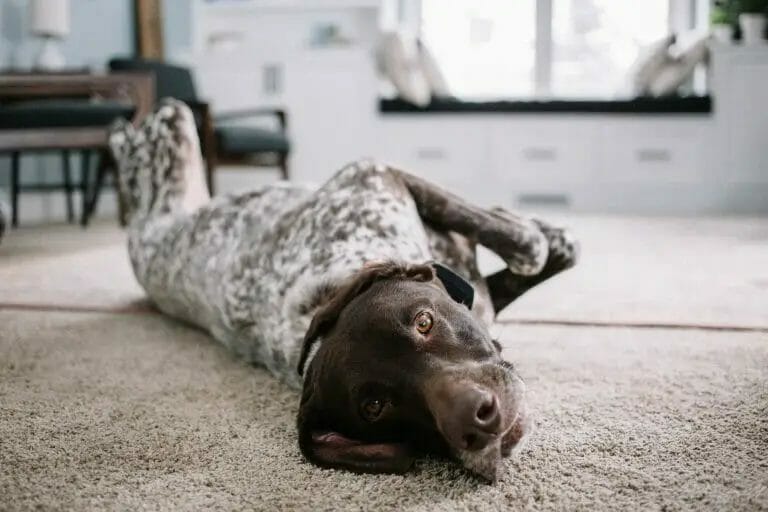 German Shorthaired Pointers, also known as GSPs, are a versatile dog breed packed with high energy and a natural draw to the outdoors. A beautiful and sleek breed, they are often seen as hunting dogs,… 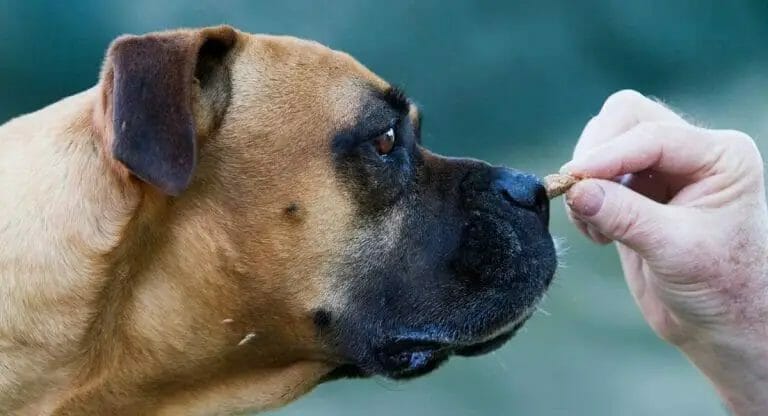 Do you have a pit bull, or are you thinking about getting a pit bull? You have made a great choice when it comes to getting a new member for your family, as pit bulls… 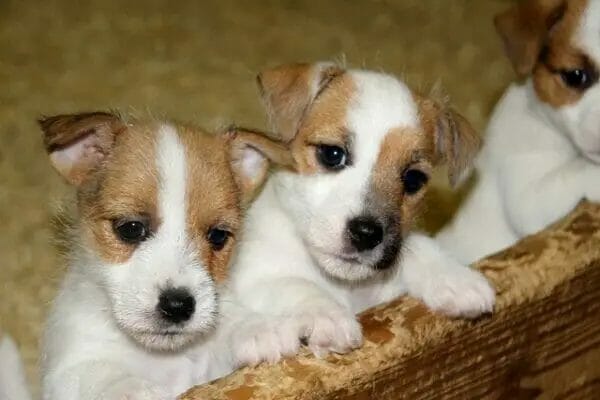 If you have a Jack Russell puppy, or are looking to adopt or rescue one, you might be wondering how difficult it will be to potty train them. Jack Russells are intelligent dogs, but it… 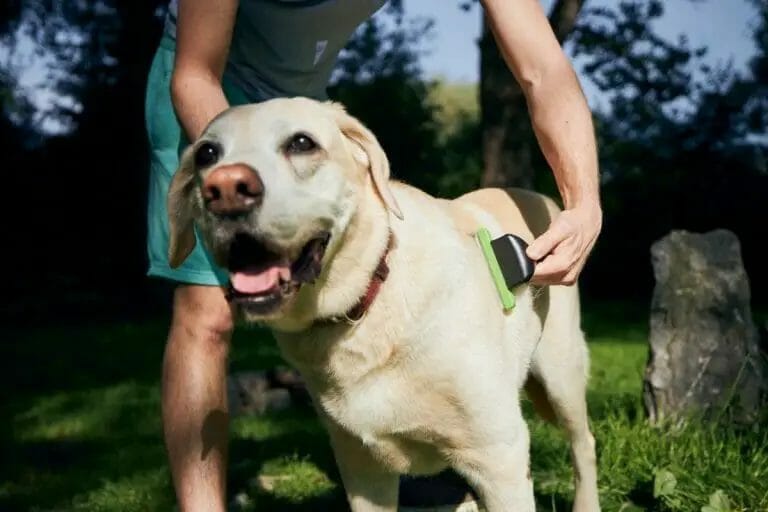 The Labrador retriever, the most popular dog in America for 29 years running, is known for their friendliness, intelligence and easy-going temperament.  But, along with the positives, there’s a slight problem:  labs shed… a LOT!… 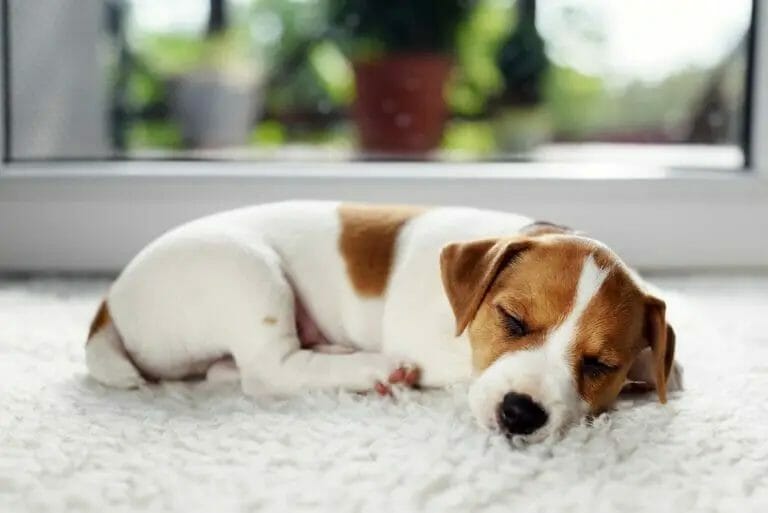 Getting a new puppy is so exciting!  ALL of that cuteness, plus YOU get to be there as he explores the world and learns so many new things.  But all of that exploring can tire… 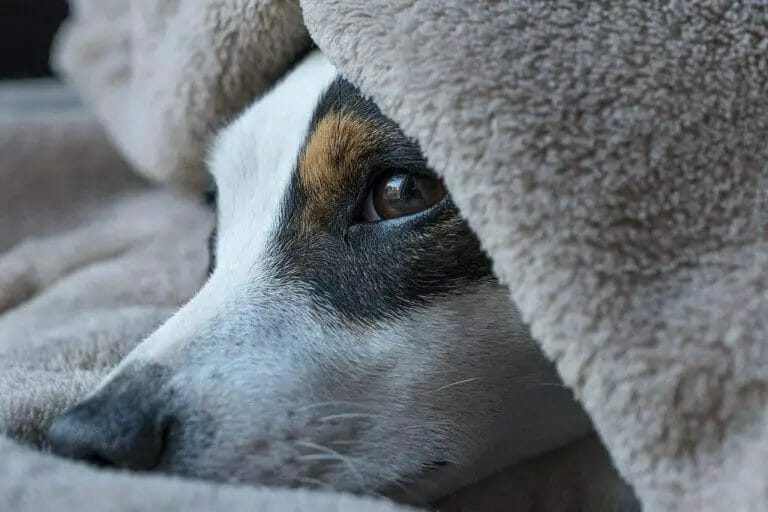 When it comes to Jack Russell Terriers, you may be drawn to their playful, energetic, determined personalities. Jack Russells are born hunting dogs with the same intensity and cleverness that come with other hunting breeds….

Whether you've found us on your own, or your super pooch dropped some hints to get you here...we're so happy to have you as a new pet parent friend!

I'm James, and I have had various pets all of my life, but no matter what other pets I've had (from ball pythons to hamsters to turtles), I've always one or more faithful canine companions by my side.

I created this site to document what I've learned over the years about all things dogs. So, I invite you to join me, along with my two veterinarian friends (Aja Senestraro, DVM and Melodie Raese, DVM) as we spread the word about dog rescue, adoption, positive training and optimal canine health.